Buying a Brand New Car Is All Emotions

So here I was, a few weeks back, excited because my wife and I were discussing buying a brand new car.

We were actually trying to pick something from a wide range of different brands, primarily Mitsubishi, Suzuki, and Hyundai, with a little mention of Toyota and Kia. It was all fun talking about the car. The possibilities of saving from the everyday commute, of using it for deliveries, road trips, etc. It was all swell until we thought of its price and the monthly payment terms.

At first, my wife tried to convince me that the Suzuki APV, a budget van, is a good buy since our family is somewhat big. But something caught my curious mind while looking at its specifications. The fuel economy is 11–14 km/l, which means I will be spending more for travelling less. Of course, there are variables here like the type of driver and traffic conditions, and this spec is quite good for a van.

But I thought of buying a car based on fuel economy, positive reviews, and price, the reason being that the car will be used extensively for daily travel, and the Suzuki APV doesn’t top the list when it comes to fuel economy. The seating capacity was a sacrifice we had to make.

The Most Economic of Them All

Rummaging through a series of vehicle types, we noticed that the most fuel economic vehicles usually were subcompact hatchbacks (see https://www.fueleconomy.gov/feg/topten.jsp).

My wife’s brother-in-law bought a Hyundai Eon back in 2014. My wife’s niece bought a Toyota Wigo back also in 2014. These cars were small and were considered economical.

So we decided to buy a subcompact hatchback for fuel economy and, more particularly, pricing.

After looking through a group of subcompacts from different manufacturers, we came down to four, with one removed from the list.

The Mitsubishi Mirage (GLX M/T) was our first choice (http://mmpc.ph/model/mirage/). Considering the type of engine (Euro 4 Compliant 1.2L In-Line 3 DOHC 12-valve Gasoline Engine with MIVEC [3A92]), we thought of it as a perfect hatchback that could accommodate 5 people (1.665 meter width). But when it came to pricing and the monthly plan, I doubted as to whether we could afford it. At ₱553,000.00, it is expensive in its class due mainly to its great specs. Calculating the monthly plan, we would have ended up with a downpayment of ₱62,622.00 and monthly amortization of ₱9,548.00 for 5 years (http://www.bpiautoloans.com/pages?page=1st-car-plan). And that’s just for the 2013 model.

We now looked at the Toyota Wigo, second or perhaps third when it came to pricing. The Wigo 1.0 G MT is the cheapest in its variants priced at ₱526,000.00 (http://www.toyotapricelist.com/). What is surprising is that, the Wigo is more expensive with the 5-year plan (http://www.toyotapricelist.com/promo). They priced it at ₱80,000 downpayment and ₱10,550/month in 5 years, which is a letdown. As for the specs, it has a 1.0 G In-line 3 Cylinder, 12 Valve, DOHC engine, 1.600 meters in width and claims to have a 5-person capacity (http://www.toyota.com.ph/choose-toyota-wigo.php). Not a bad spec really, but the pricing is worse than the Mirage.

The Kia Picanto was not originally on the list. During one time though, my wife went to the mall, saw a Kia booth, and asked for their hatchback models and she was given a very, very reasonable price of ₱18,000 down payment. That was very, very cheap. The letdown? I can’t find any explicit specifications of the car on the Internet. They say that the width is 1.595 meters (http://www.kia.com/ph/showroom/picanto/specification.html) with a 1.2 MPI engine (http://www.kia.com/ph/showroom/picanto/features.html). The website though had a disclaimer at the bottom that says “All information and illustrations are based on data available at the time of publication and subject to change without notice” which made me think if the specs they were mentioning are still relevant at the time.

For the price? It’s not on their website, or perhaps I can’t find it. But I decided to check it out in autodeal.com.ph. It’s ₱575,000.00, which turns out to be the most expensive of them all (https://www.autodeal.com.ph/cars/kia/picanto/1-0-ex-mt). I wouldn’t want to know the monthly amortization after that information. So the Picanto was out of the list just like that.

The Hyundai Eon was the first car that I saw that seemed to have hit me. It’s like I fell in love with the style the first time I saw it, and to think that I saw the 2014 model owned by our brother-in-law.

Most of its reviews were quite positive. Well, the reviews were mostly from owners, which I think were also in love with their Eons. But hey, if they love their car so much there must be something about the Eon.

We decided to go with Eon. Why? Well, because it is inexpensive. Brother-in-law owns one so we could ask him about any trouble we might have. The reviews were good. And the style, ever so lovely in my holistic opinion.

Now if your wondering where the initial topic of fuel economy went to, here is the car comparison website featuring Toyota Wigo 1.0 G MT, Mitsubishi Mirage GLX 1.2 MT, and Hyundai Eon 0.8 GLX MT (see https://www.autodeal.com.ph/cars/compare/toyota+wigo+1-0-g-mt+vs+mitsubishi+mirage+glx-1-2-mt+vs+hyundai+eon+0-8-glx-mt). Scroll down to Economy & Environment. You will notice that Mitsubishi Mirage wins by a few points for liters per kilometer. In fact, Mitsubishi Mirage wins by a great stretch in specs. But it’s a car that we can’t afford for now.

Generally, buying a brand new car is all emotions. The excitement is peaked, thoughts of all the great things to do rush to our heads. But let’s not forget to include logic in the equation. We should buy a car not because we want it but because we need it.

But did my wife and I make the right decision? Did we buy the Hyundai Eon just because we loved its style, or were we right with its economy even if it has such low specs?

You might have a different opinion, and even if we already bought an Eon, your idea really matters. Please do post in the comments. 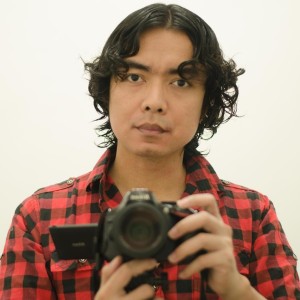