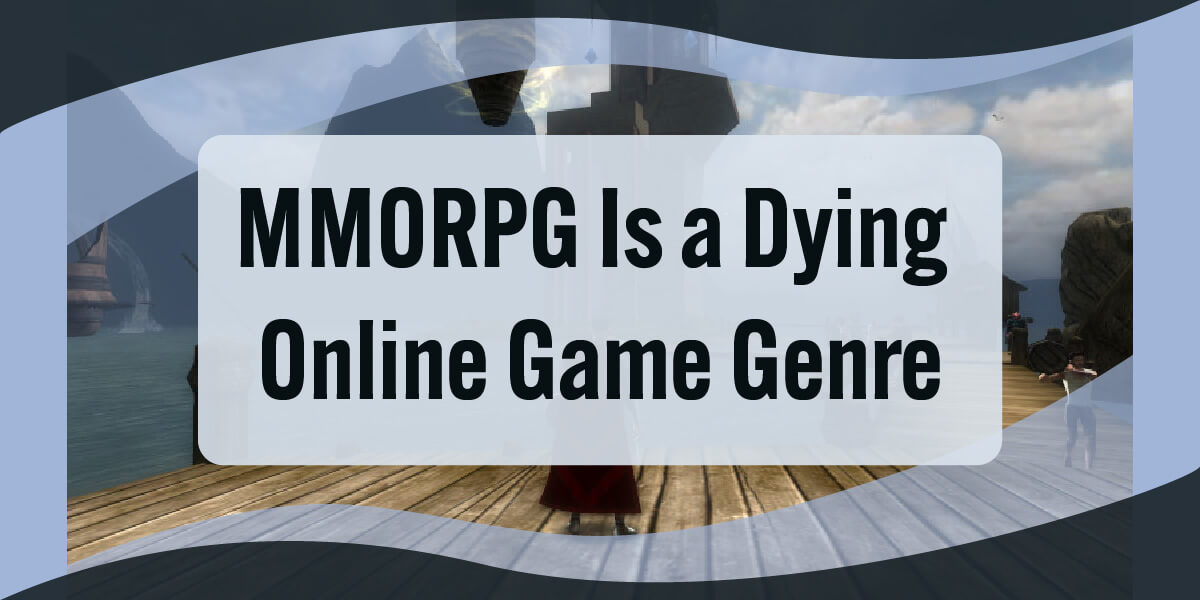 I recently discussed with a friend about online games and I told him that MMORPG is a dying online game genre.

He is an avid Dungeons and Dragons Online (DDO) player and we weren’t on the same side of the coin.

To be clear, I’m also an MMORPG player and I’ve played DDO for quite some time. Here’s a list of other MMORPGs that I’ve played in my lifetime.

So you might say I have quite an experience in the world of MMORPG.

But other than that, I’m also an avid MOBA player. I’ve played Defense of the Ancients (DOTA) upon its inception by Icefrog.

Here’s a list of MOBA’s that I’ve played and still play.

I wouldn’t go any further by listing Fighting Games, First-Person Shooting, Real-Time Strategy, Simulation, etc., as this is a comparison between MMORPG and MOBA.

Let me elaborate on why I feel that MMORPG is a dying online game genre.

MMORPG which stands for Massively Multiplayer Online Role-Playing Game is a role-playing game where a huge number of players are connected to a server. It is usually a big digital fantasy world where players can choose what role they want to have in that world.

The concept is great but, in my opinion, falls apart in the long run.

The problem I see with MMORPG is that it’s a very long-winding game. A game with no conclusion. Watch this episode Make Love, Not Warcraft from South Park and you’ll know what I mean.

MOBA is actually a subgenre of MMORPG. It stands for Multiplayer Online Battle Arena. Like a role-playing game, the player selects a character with special attributes and teams up with 4 other players on a 5 vs. 5 fight that is akin to playing basketball. It is a fast-paced game that lasts more or less an hour. Or, in recent years, even shorter than 30 minutes.

What most people see wrong with MOBA is that it is littered with trash-talking violent players. I agree with that. It is a very competitive environment compared to Guild Wars of MMORPG. But trash-talking could happen in any game.

Trash talk is a solvable issue and is something that the MOBA community has been giving notice to. Much like the same way basketball organizers solve the issue of misbehavior in the game.

In my opinion, what makes MOBA stand out is that it is a definitive game. A game where you have an end in one sitting. That kind of setup is what makes a good game.

It’s a game where you don’t play all day and in the end, you’d ask yourself, “what have I been doing all this time?”

There’s a win or loss to a MOBA game. Just as any good game should have. MOBA is so good even The Simpsons made a parody of it on their episode E My Sports.

MOBA may be a subgenre, but it is far better than MMORPG.

But, what really is the reason why MMORPG is a dying online game genre?

I did a bit of research on the statistics of players for MMORPG. In particular DDO. Here’s what I’ve found.

As most players of DDO know, DDO can be downloaded on the Steam platform, and nicely enough, their website Steam Charts shows statistics on the number of players.

I then compared the DDO statistics to a popular MOBA, DOTA 2.

On both charts, the difference in the number of players is by the hundred thousand, with DOTA 2 winning by a very huge margin.

But it won’t be fair to compare a not-so-popular MMORPG to a very popular MOBA right?

To make it fair, I then compared DOTA 2 to the current most popular MMORPG as of this writing which is The Elder Scrolls Online.

Even with the most popular MMORPG, DOTA 2 wins by a long shot.

This only shows how far behind the MMORPG genre is against its MOBA subgenre.

But there are more reasons why I believe MMORPG is dying.

A World Riddled With Bugs

On one occasion, while I was trying to log in to DDO, I encountered an update bug.

I’ve spent half my day waiting for the download to finish. I can’t figure out why DDO was taking so long to download the update even though my internet speed is very decent.

After the update was downloaded, the login panel wasn’t working properly and I had to search the internet for whatever solution I could find to solve the issue. I almost spent a whole day just trying to log in to the game.

How about MOBA? They have bugs too right?

Yes, definitely. But the difference is, MOBA bugs are found out quickly and are immediately resolved as compared to MMORPG bugs.

Why? Because MMORPG has such a huge world that some hidden bugs are hard to find. Couple that with only a few players finding out about the bug AND not realizing that it’s a bug.

MOBA is a smaller sphere but with a large number of players so bugs are easily spotted.

Consumes a Lot of Time

We can’t spend most of our day playing games, even if we want to. Besides, it’s unhealthy.

That’s one issue with MMORPGs. For you to become strong in-game, you’d need to spend a lot of time “grinding”.

Of course, you’d spend a lot of time playing MOBA too, but one MOBA game will only last a few minutes or an hour at most and it’s up to you if you want to continue.

In other words, you will notice what time it is when playing MOBA.

There’s no concept of an end game in MMORPG. You just save your current status on the nearest “spawning area” and then log off. There’s no conclusion as to whether you’ve won or lost. In my opinion, it’s boring except for Guild Wars.

I hate it when I’ve finished a quest and then find out that I need to do another that will take me almost 3 hours to complete. And it’s disappointing when you’ve got unfinished quests.

We all have better things to do with our time. No wonder MMORPGs are littered with bots! MMORPG players would get what I mean.

Too Many Roles, so Little Time

Another MMORPG concept that I hate is the number of available character roles.

Don’t get me wrong, it’s nice to have a lot of roles in MMORPG. But to test all of them by starting at level 1 again? Then hearing or reading the same old lines among non-player characters (NPC)? Not to mention the quests you’re going to take AGAIN! COME ON!

Some MMORPGs might have features that let you change roles. But they’re probably paid items like in Ragnarok Online if I recall correctly.

It’s good to test so many roles in a game. But it shouldn’t be at the expense of your time. Money yes maybe but not time. Real-life roles are more important than trying to be a Paladin Knight or an Ice Wizard in some non-existent world.

When I was young I used to play MMORPG a lot. Proof of the long list of MMORPGs I played.

But, as I got old, I realize that I don’t have much time for exploring artificial worlds.

We have more important things to do and it becomes more evident as we age.

The storytelling gimmick of MMORPGs is not that relevant to people who are already in the working class.

MMORPG is a game that’s meant for young players. A mature person has better stories to tell than talk about an otherworldly dye recipe for example.

These are the reasons why I think MMORPG is a dying online game genre.

Let It Die a Peaceful Death

We could liken MMORPG to a children’s book. It opens your mind to a whole new world.

But unlike children’s books, where there are only pictures and words to describe and show the scenery, MMORPGs are worlds crafted by developers where the players become part of the story.

MMORPGs are worlds that leave nothing for the imagination.

The world is already there. You just explore it.

With books, you need to imagine the world in your mind. You conceptualize the world on your own.

With MMORPG, the world is fed to you.

Also, children’s books are stories that have an ending. It’s a reading material that won’t consume a lifetime.

Most MMORPGs don’t have an ending. And the sad part, the only end of it is when you stop playing, or when the developers decide to suspend the game.

MMORPG was fun when I was young, yes. But it slowly died in my heart as I grew old.

I’m sure I’m not the only one who feels this way about MMORPG.

All things come to an end. Even the good ones.

If you’ve realized that you don’t have time for MMORPG anymore, then let MMORPG die a peaceful death.

How about you? Do you think MMORPG is a dying online game genre? Shout it out in the comments.

Now how about a game of Legends of Runeterra? Or maybe chess? 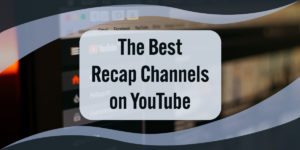 Fake It to Make It

The Fake It Till You Make It maxim rose to fame back in 2016 due in part to Harvard Psychologist Amy Cuddy’s TED Talk, Your

PrevPreviousFake It to Make It
NextThe Best Recap Channels on YouTubeNext